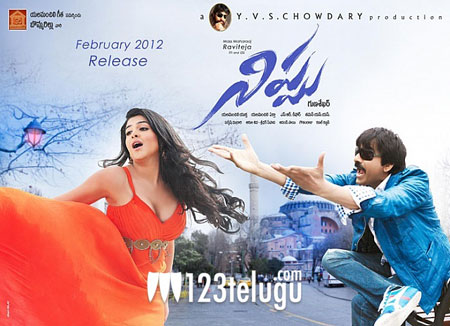 The audio of Ravi Teja, Deeksha Seth starrer Nippu might be launched on January 19, if the latest buzz is true. Initially, YVS Chowdary, the producer of the film, was planning to launch the audio during Sankranthi; however, the event has been postponed for unknown reasons. Most part of the film was shot in Hyderabad and director Harish Shankar has played a cameo in the film. Rajendra Prasad is playing an important role. Gunasekhar has directed the film and S S Thaman has composed the music. The film is all set to hit the screens on February 2, if all goes well.