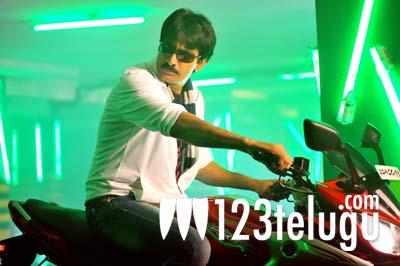 Mass Maharaja Raviteja is working for a new movie which has been titled ‘Nippu’. The movie is being directed by Gunasekhar and Y.V.S.Chowdhary is the producer. The movie is being readied for a January 13th 2012 release. Nippu is now being shot in Hyderabad and the production will soon travel to Saudi Arabia for a 10 day schedule. This is a first for Telugu Cinema as not many Indian films have been shot in Saudi Arabia before.

Deeksha Seth is the heroine and the movie is being touted as a comedy entertainer. Dr.Rajendra Prasad is portraying a key role in the movie. Thaman has scored the tunes for this film and the audio is expected to be released on December 13th.

Brahmanandam, Pradeep Rawath, Dharmavarapu Subrahmanyam, Brahmaji and others are the other senior artistes in this movie