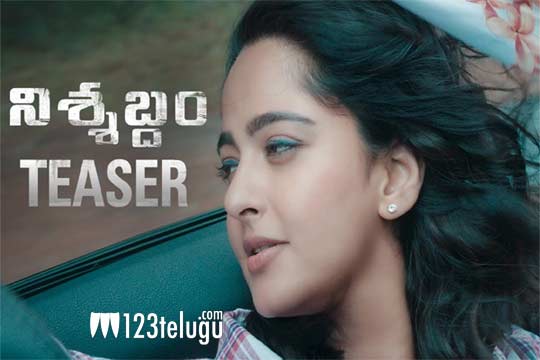 The wait is finally over as the first look teaser of Anushka’s Nishabdam is finally here in the open.

Set in the US, the teaser presents you with the story of a couple who get into all sorts of trouble when they head to a vacation in the US.

The teaser gets an edge because of Anushka’s mute role and her expression and helplessness in the film are captured well and are said to be a highlight of the film.

Anushka is paired up with Madhavan in this suspense thriller which also has Hollywood actor Michael Madsen. Kone Venkat produces it.

Shalini Pandey and Anjali play key roles in this film which has been directed by Hemanth Madhukar. The BGM looks good and the film has an international look because of the special camerawork.