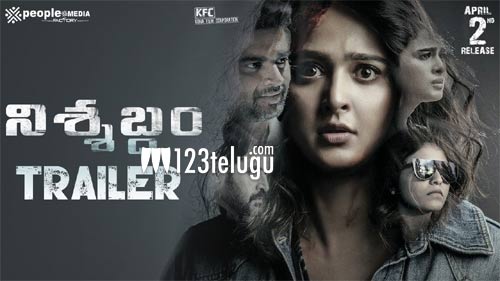 The wait is finally over as the trailer of Anushka’s Nishabdham was finally released today in social media. The reaction to the trailer has been quite positive.

Anushka is seen as a mute and she is engrossed in a mystery that has horror elements. The visuals are top-notch and Anushka is seen in a crazy role after a long time.

After a long gap, Anjali is seen in a cop’s role and her screen presence is quite good. Madhavan’s role has been kept subdued and this creates an even bigger curiosity.

Directed by Hemanth Madhukar, this film is being produced by Kona Venkat and is up for a release on April 2nd. For now, things work well for makers.