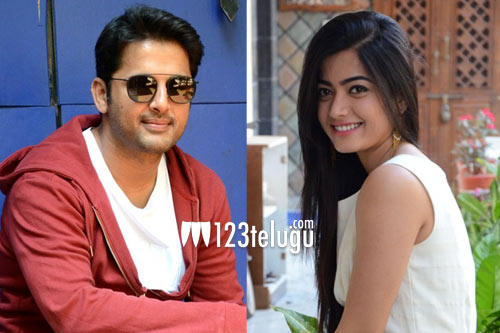 The Ghungroo song and Hrithik Roshan’s effortless dance moves from the recent Bollywood blockbuster, War, were a massive success among fans. Now, Bheeshma co-stars Nithiin and Rashmika released a special tribute video, recreating Hrithik’s dance from Ghungroo and it is going viral.

“A little love for u Hrithik sir … All the way from Positano. Fan boy moment! P.s. sorry for the non sync,” Nithiin tweeted as he and Rashmika perfectly aced Hrithik’s dance steps. The video was captured during Bheeshma’s Italian schedule.

Bheeshma’s Single’s Anthem will be out tomorrow. The film, directed by Venky Kudumula and produced by Naga Vamsi, is scheduled for a February 21st release.