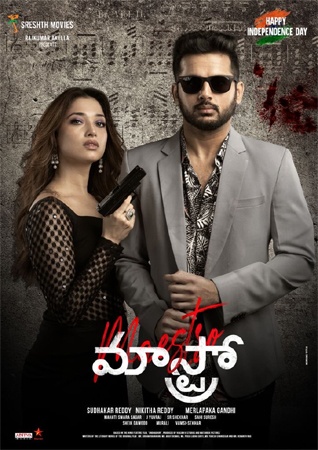 On the occasion of India’s 75th Independence Day, the makers of Nithiin, Tamannaah and Nabha Natesh’s Maestro released a special poster. Nithiin and Tamannaah feature on this intriguing poster, with the star actress pointing a gun at Nithiin while he has a frightened look on his face.

Maestro is a black comedy crime thriller and it will have a direct premiere on Disney + Hotstar. Merlapaka Gandhi has directed the movie, while Nithiin’s father Sudhakar Reddy and sister Nikitha Reddy produced it under Shresth Movies banner. Mahati Swara Sagar is the music composer.