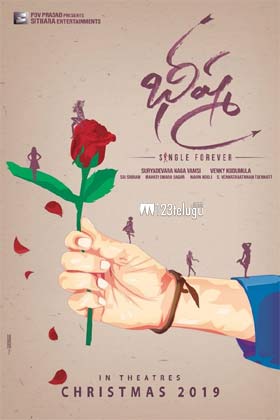 Nithin, who was sitting idle for the last year announced three films and one out of them is titled Bheeshma and is fast completing its shoot.

Now, the latest we hear is that the film will be released on 25th Dec as Christmas 2019 special. In the same week, even Tej’s Prati Roju Pandage will also come out on Dec 20th.

Bheeshma is directed by Venky Kudukula of Chalo fame. Rashmika is the heroine and Suryadevara Naga Vamsi bankrolls it under Sithara Entertainments banner.