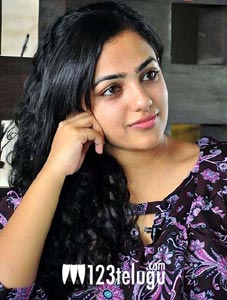 Nithya Menen is going to play the role of a physically challenged girl in her upcoming Kannada film titled Mynaa. The film is going to be directed by Nagasekhar and it also stars Chetan and Sarath Kumar in lead roles. Talking to a leading newspaper, Nagasekhar said, “We chose Nithya because she is the only fab actress who can carry off such a challenging role.” In the past, Nithya had played minor roles in films like 7 O’Clock and Josh, but Mynaa is going to be her first full fledged Kannada film.

Apparently, the film is based on a real incident where a guy commits 35 murders for the sake of the girl he loves. Interestingly, the couple on whom this film is based on is living in Chennai. In the past, Nithya Menen had played a princess, a journalist and many challenging roles, but this will be the first time she’s going to the play the role of a physically challenged girl. She’s currently acting in a Telugu film titled Okkadine, where she’s paired with Nara Rohit.