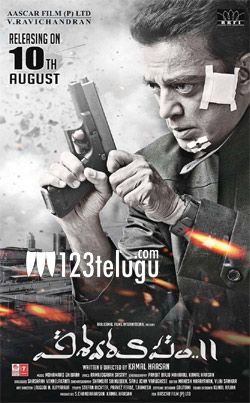 Fans of stalwart actor-filmmaker Kamal Haasan have been apprehensive about the postponement of his highly-anticipated espionage thriller, Vishwaroopam 2, following former Tamil Nadu CM Karunanidhi’s demise. But here’s the much-awaited update

There is no delay in Vishwaroopam 2’s release and the movie is all set to hit the screens on August 10. The pre-release buzz has been highly positive and the film is expected to recreate the first part’s box-office success. Kamal himself has written, directed and produced the movie. Pooja Kumar, Andrea Jeremiah, Rahul Bose and Shekhar Kapur will be seen in crucial roles.