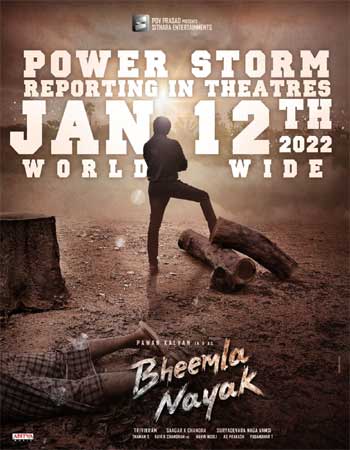 With RRR and Radhe Shyam’s teams showing no signs of postponement, there have been several speculations of late that Pawan Kalyan and Rana Daggubati’s multi-starrer, Bheemla Nayak, will be postponed to a later date. The film is originally scheduled for a January 12th release.

While fans are anxiously waiting for clarity on Bheemla Nayak’s release date, the film’s team has just reaffirmed that Bheemla Nayak is not going to be postponed and that the film will be hitting the silver screens worldwide on January 12th as per the initial plan.

With three biggies already locking horns among themselves and a couple of other crazy movies evincing interest in joining this epic clash, the Sankranthi festive season will surely take fans and trade circles on an exhilarating ride.