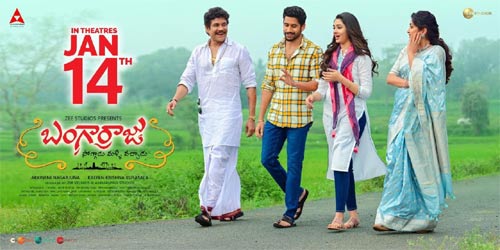 Bangarraju is a film that was released with a proper plan and it worked out well for Nag and the team. The holiday season helped the film big time and the makers ended up in a safe zone in AP.

But in Nizam, the film had no takers and was struggling from day one. The film has not even crossed the 7 crores share in this area which is quite bad.

Normal films would make that kind of money in just three days in Nizam but the film did not find any takers here despite the holiday season. Even now, the film is not being watched and has ended its run almost.