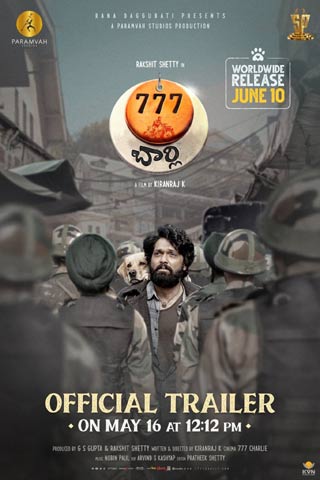 Tollywood actor Rana Daggubati is always ready to encourage good movies irrespective of language. It is a known fact that the actor is presenting the Kannada film 777 Charlie in Telugu.

Suresh Productions, who is going to release the Telugu version of 777 Charlie, has decided to release the theatrical trailer tomorrow. To make it more special, the production house has announced that the trailer will be released digitally by the star actors Victory Venkatesh, Sai Pallavi and Lakshmi Manchu tomorrow at 12:12 PM.

Rakshit Shetty is playing the lead character in this movie, which also has Charlie, Sangeetha Sringeri, Raj B Shetty, Danish Sait, Bobby Simha, and others in supporting roles. The movie is scheduled to release in theatres in Telugu on June 10, 2022.