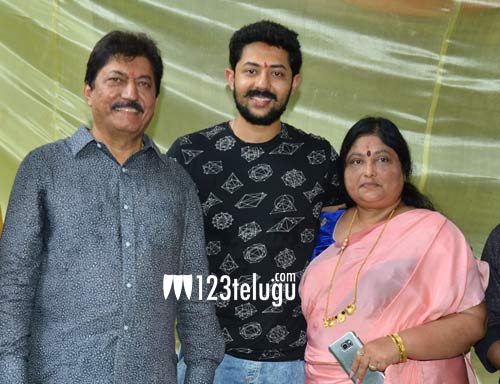 Senior Kannada actor Devaraj is well-known to Telugu audiences for his appearances in movies like Bangaru Bullodu, Samarasimha Reddy and Lakshyam etc. He was last seen in Bharat Ane Nenu.

Today, Devaraj’s son Pranam Devaraj’s maiden Telugu movie as hero, Vairam, had its formal launch in Hyderabad. Popular directors Sriwass, VN Aditya and Sagar did the inaugural proceedings. Vairam will be made as a Telugu-Kannada bilingual. Touted as a romantic action drama, the film will be directed by Sai Sivan and JMK is producing it.

Pranam Had made his acting debut with Kumari 21F’s Kannada remake. The film was a good hit on Kannada.