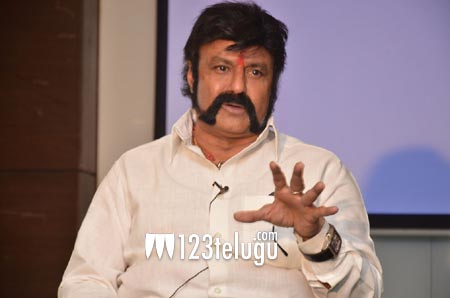 The craze and competition to direct senior star Nandamuri Balakrishna is increasing by leaps and bounds with each passing day. Krish managed to get Balayya’s nod to the latter’s prestigious 100th movie, Gautamiputra Satakarni.

And then, it was Puri Jagannadh who grabbed the opportunity to direct Balayya’s 101st movie when several directors were in queue to clinch the golden chance. And now, even Balayya’s 102nd movie has become a hotcake already.

Krishna Vamsi has been relentlessly trying to direct Balayya in his ambitious political drama, Rythu. Vamsi tried to team up with Balayya for 101st movie but failed. He’s in the race to direct Balayya’s 102nd movie.

Likewise, senior Tamil director KS Ravikumar, who was considered by Balayya for the 101st movie, too is giving tough competition to Krishna Vamsi for NBK102. In a sudden twist, even Boyapati Sreenu has joined the list of directors who are awaiting Balayya’s nod for his 102nd movie.

Who knows, Balayya may even go with a totally new director when the time arrives. Until then, the game continues to get interesting.