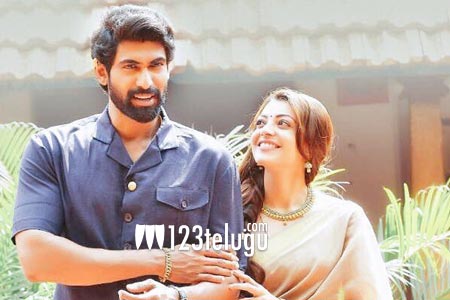 The promotions of Rana’s Nene Raju Nene Mantri are in full swing and many interesting details are coming out one after the other. The latest we hear is that the film will have a hard hitting revenge drama with the backdrop of a political set up.

Unit sources reveal that Rana will be seen in a deadly avatar and his role will have negative shades post a mishap which features his wife played by Kajal. Teja is directing this film which is produced by Suresh Productions.

The film’s success is crucial as it is coming along with two other biggies called LIE and Jaya Janaki Nayaka.