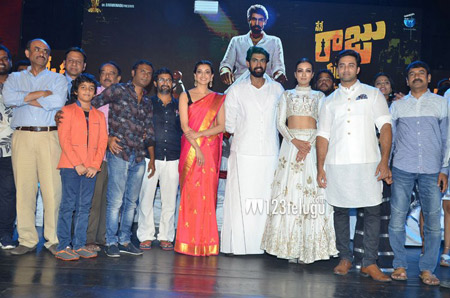 Nene Raju Nene Mantri’s promotions have been appreciated big time all over. Starting from the AR technology to the special Yuva Garjana held yesterday, things have only been quite helpful for the film.

Yesterday night’s event was also full of fun as the entire unit joined hands and promoted the film through this meet called Yuva Garjana. As the film is a political potboiler, the above said theme was used.

Kajal shined in a traditional outfit and both Rana and Navdeep came in Dhotis. Teja directs this film which has been co-produced by Suresh Productions