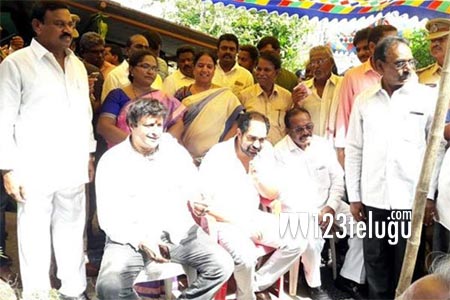 Balakrishna and Krish, the actor and director duo of NTR, the highly-anticipated biopic on legendary actor NT Ramarao, today visited NTR’s hometown Nimmakuru. Addressing the local media, Balakrishna said that NTR will be shot in Nimmakuru and his mother’s native village Komaravolu.

“We want to bring in authenticity to the film and that’s why have decided to shoot the film in my parents’ native villages,” said Balakrishna. The star hero also confirmed that the film will be hitting the screens on January 9, the day his father NTR took oath as the Chief Minister of erstwhile Andhra Pradesh.