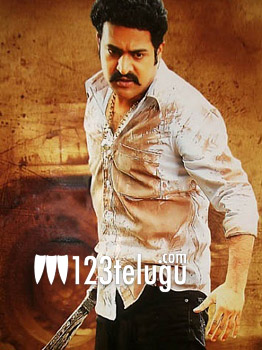 Young Tiger NTR has completed dubbing for his upcoming mass masala entertainer ‘Dhammu’. The movie is scheduled for an April release and only a song remains to be shot. Post production work is on at full swing in Prasad labs. Boyapati Sreenu is the director of this movie and he has worked hard to come up with an out and out mass action flick. The posters and pictures have already created a huge buzz in the market and the first teaser is being eagerly awaited.

Trisha is the heroine in this film and Kartheeka is the second lead. Music has been scored by M.M. Keeravani and the audio album will be out on the 29th of this month.