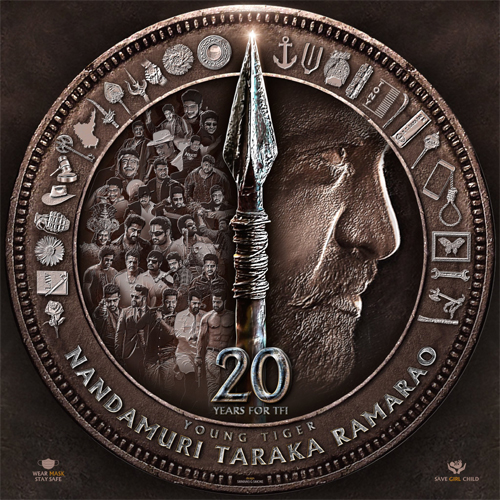 On this day, in 2000, NTR had begun shooting for his first film as a hero, Ninnu Choodalani. Directed by VR Prathap and produced by Ramoji Rao, the film released in May, 2001. The film failed to set the box-office on fire, but Tarak went on to become a huge star in Tollywood later.

The Young Tiger’s fans are celebrating this memorable day by prominently trending the hashtags #2DecadesOfNTREra and #20YearsofNTRinTFI and a superbly designed Common Display Picture. A decade old tweet by NTR on his first day’s shoot is also doing the rounds on social media.