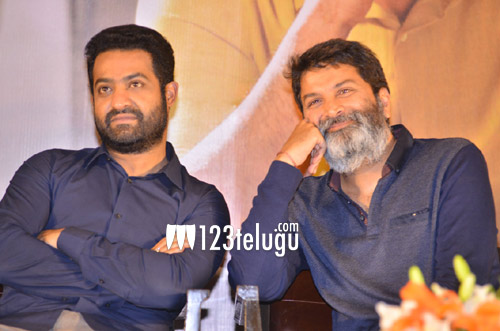 Speaking at Aravindha Sametha’s success meet function this afternoon, star director Trivikram praised the film’s hero NTR to the sky. Trivikram said that NTR could even match his grandfather NT Rama Rao with his acting prowess.

“Every generation requires a torchbearer and NTR is undoubtedly the torchbearer of this generation,” said Trivikram. “Aravindha Sametha collected Rs 100 crores in 4 days, but I won’t take any credit for this success. I will give all the credit to NTR. He had told me not to worry about inserting unnecessary comedy scenes, fights and other commercial tropes,” Trivikram added.

Trivikram also mentioned each and every member of the film’s cast and crew and thanked them for their support and hardwork.