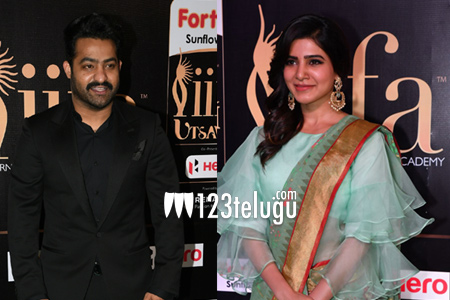 The grand film carnival IIFA Utsavam came to a glittering end last night in Hyderabad. Young Tiger NTR walked away with the Best Actor trophy for his performance in Janatha Garage, while Samantha snatched the Best Actress honor for A..Aa.

While receiving the award from Nagarjuna, NTR requested all the nominees for the Best Actor category to share the award, saying, “This is a collective effort of Telugu film industry”.

Allu Arjun was honored with the Best Actor in a Supporting Role for his terrific portrayal of Gonagannareddy in Gunasekhar’s Rudhramadevi.