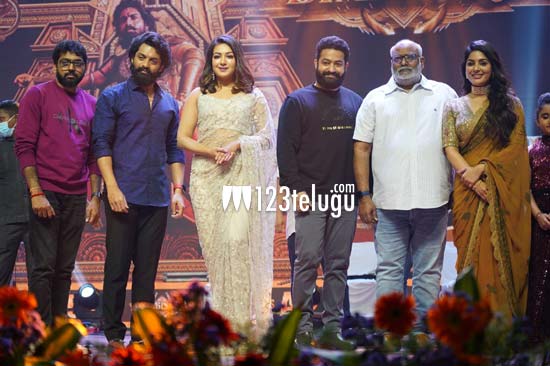 NTR made a public entry after a long time at the pre-release event of his brother’s film Bimbisara. The event was held on a grand note and despite the rains, thousands of fans made it to the event.

The way NTR spoke emotionally about his brother Kalyan Ram and his choice of films has won everyone’s heart all over the Telugu states.

This new and peppy speech of NTR has given the film a new hype among the audience. All those who did not know about the film are well versed that a film like this is coming out.

Kalyan Ram is also not shying away with the promotions of the film which will be out on the 5th of August. Vashist has directed this film and Keeravani has composed the music.