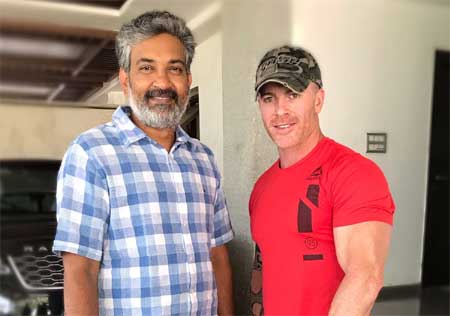 Yesterday, we had revealed how there was a gossip going around that NTR will bulk up for his new film RRR. A picture of the star hero where he is looking bulky was even published by several media houses.

Bringing curtains to all the drama, NTR’s personal trainer, Lloyd Stevens today revealed through his twitter that the picture which is being circulated is one-year-old.

NTR is busy shooting for RRR and will get a new makeover but the one in circulation is surely not the way he is going to look.

Guys please note these pictures of @tarak9999 circulating around are over 1 year old, this is NOT his current look. pic.twitter.com/R0kjP5N9Bd