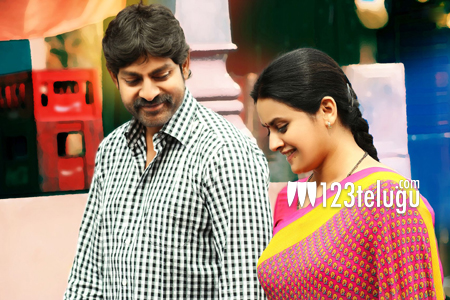 After tasting outstanding success with negative roles, Jagapathi Babu is returning to his fold with the movie ‘O Manishi Katha’, where he will be playing the lead role.

All the formalities including censoring have been completed and the movie is all set to hit the screens on the 19th of this month. According to the director, the movie delves deep into the psyche of a human being and dramatically presents the reasons for certain human behaviors.

Kalyani plays the female lead in this emotional drama which has been directed by Radha Swamy. Prominent actors like Kondavalasa, Suman Setty, Ravi varma etc are playing crucial roles. Vijay Kurakula is the music director and Balabhai Chowatiya is the producer.