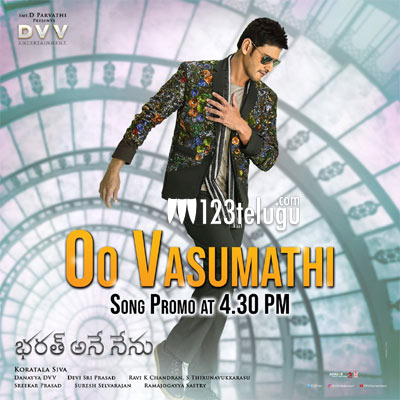 Now that the audio songs of Bharath Ane Nenu have been creating a good buzz all over, the time has come for the promos of the film to be out. The latest we hear is that the promo song of O Vasumathi will be out today evening.

Mahesh looks a million bucks in the posters and there is a superb buzz for the film which is made on a huge budget. Mahesh will soon kick start his round of promotions and will give full length interviews to the media.