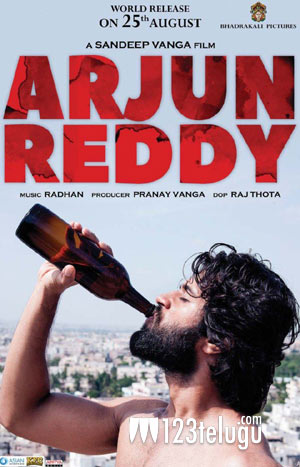 Slowly but steadily, the buzz for Vijay Devarakonda’ latest release, Arjun Reddy has caught on quite well. Earlier today, the Telangana Congress leader, V Hanumantha Rao tore all the posters of the film which were stuck on government buses and various other places.

The poster showcases the lead pair smooching each other and this has not gone well with the elderly politician who thinks that the makers have gone a bit too ahead in terms of publicity for their film.

But as the film has been granted a clear ‘A’ certificate many are saying that the film is targeted at youth and one should not have a problem with it.

On the other hand, the makers are so confident that they are holding special paid previews of the film one day in advance all over the state.

With Vijay Devarkonda having a huge craze, there is a lot of curiosity surrounding this film. 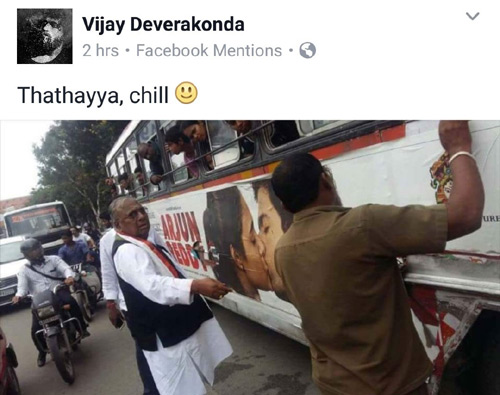