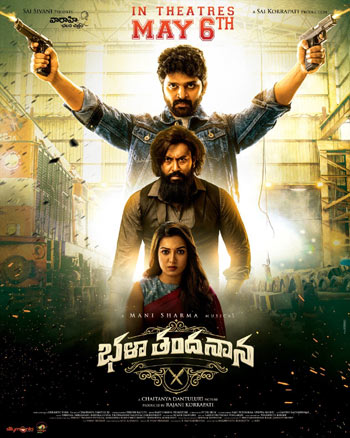 Earlier today, we reported that speculation is doing rounds on the release date of Sree Vishnu’s Bhala Thandhanana. Now, the makers have released a new update on the film.

They revealed that the movie, directed by Chaitanya Danthuluri, will be released on May 6, 2022. A brand new poster has been released to inform the same.

So, Bhala Thandhanana is all set to clash with Vishwak Sen’s Ashoka Vanamlo Arjuna Kalyanam and Suma Kanakala’s Jayamma Panchayathi at the box office.

Catherine Tressa is roped to play the love interest of Sree Vishnu in the film. Produced by Vaaraahi Chalana Chitram, Bhala Thandhanana has Manisharma’s music.