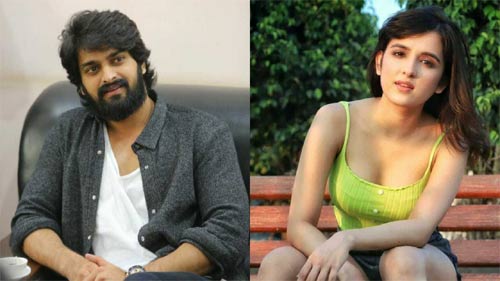 Hero Naga Shaurya’s new film under his home banner IRA Creations was launched a few days ago. The film will be directed by Ala Ela fame Aneesh Krishna. There were reports that young pop sensation Shirley Setia will be making her acting debut with this as-yet-untitled film.

Confirming the speculations, the makers have come up with an official announcement this morning. Shirley has been paired opposite Naga Shaurya in the movie. Shirley is one of the most popular pop artists from Auckland, New Zealand. She was even featured in the Forbes Magazine thanks to her popularity. She is also making her Bollywood debut with Nikamma.

Touted as a romantic family entertainer, the film will be produced by Naga Shaurya’s parents Usha and Shankar Mulpuri. The film’s regular shoot will commence from December. Mahati Swara Sagar will compose the music.