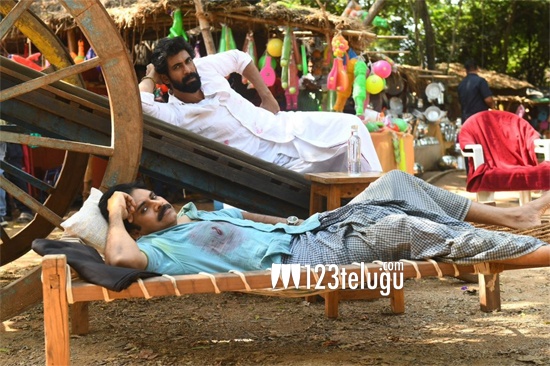 Pawan Kalyan and Rana Daggubati’s highly-anticipated multi-starrer, Bheemla Nayak, is slated for a grand worldwide release on Janaury 12 as a Sankranthi festive treat for fans. However, for the last couple of days, speculations about a possible postponement of the film’s release have been going viral on social media.

But here comes the official update straight from the horse’s mouth. Bheemla Nayak’s producer Naga Vamsi took to Twitter this evening and tweeted, “The BIG SCREEN will be lit on 12th January 2022 with the intensity of the ULTIMATE CLASH of #BheemlaNayak & #DanielShekar.” So, Bheemla Nayak is confirmed to lock horns with RRR, Sarkaru Vaari Paata and Radhe Shyam in the epic Sankranthi clash.

Also starring Nithya Menen and Samyuktha Menon as the female leads, Bheemla Nayak, an official remake of the acclaimed Malayalam action drama Ayyappanum Koshiyum, is being directed by Saagar K Chandra. Star director Trivikram has penned the screenplay and dialogues for this crazy project and Thaman has composed the soundtrack.