Official: Yashoda to stream on Amazon Prime Video from this date
Published on Dec 6, 2022 12:29 pm IST 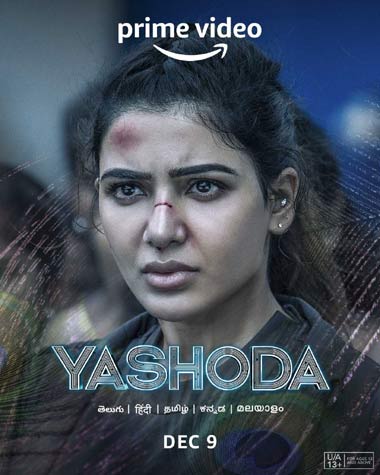 Star actress Samantha Ruth Prabhu-starrer thriller Yashoda was released in theaters and scored a massive hit. Now, the film is up for release on the OTT platform.

Amazon Prime Video, which grabbed the digital streaming rights of this Hari and Harish directorial, took to social media and announced that the flick will be premiered on the OTT platform on December 9, 2022, in Telugu, Tamil, Malayalam, Kannada and Hindi.