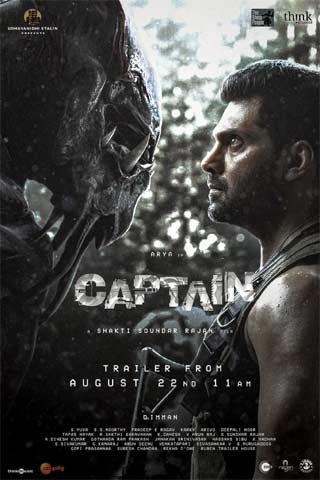 Arya starrer science fiction thriller Captain was recently released in theatres both in Tamil and Telugu but it didn’t make it big at the ticket windows. The routine narration and substandard visual effects were cited as the reason for its below-par performance.

The film will now be available to stream on Zee 5 from September 30 in Tamil and Telugu as per the latest news. This is exactly three weeks after the film’s release in theatres. Directed by Shakti Soundar Rajan, the movie has Aishwarya Lekshmi as the female lead.

Actress Simran played a pivotal role as a scientist in this movie, produced by Think Studios in association with The Show People. D Imman is the music director and Actor Nithiin presented the film in Telugu under the Sreshth Movies banner.