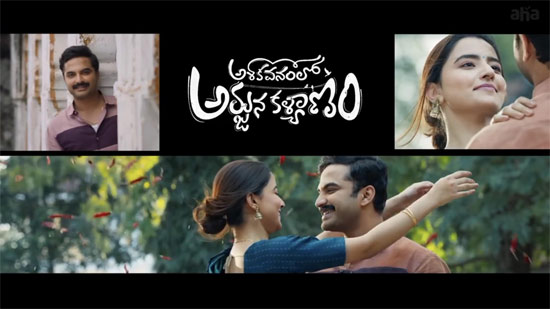 Mass Ka Dass Vishwak Sen is currently busy shooting for his new movie, Das Ka Dhumki. He also donned the director hat for this movie. His other movie, Ashoka Vanamalo Arjuna Kalyanam, is up for release on April 22, 2022.

Now, the latest is that the movie has locked its OTT partner. According to a video released by Aha, the leading Telugu OTT platform, the romantic comedy movie will be available for streaming on Aha a few weeks after its theatrical release.

Rukshar Dhillon is playing the love interest of Vishwak Sen in this movie, directed by Vidya Sagar Chinta. Produced by Bapineedu B & Sudheer Edara under the SVCC Digital banner, the movie has the music of Jay Krish.