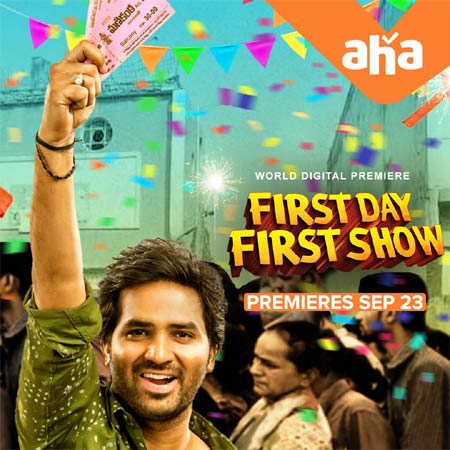 Recently a small film titled First Day First Show was released in theatres. As Jathi Ratnalu’s fame KV Anudeep was associated with the film there was a good buzz before the release. The film didn’t manage to impress the audience and turned out to be a disappointing venture.

Now the latest news is that the film will be available for streaming on the Aha platform from September 23rd. Aha announced the same a while ago. This is exactly three weeks after the film’s release. Vamshidhar Goud and Lakshminarayana Puttamchetty directed this comedy entertainer.

The film stars debutants Srikanth Reddy and Sanchita Basu in lead roles. The film is all about a how young lad fought hard for getting the first-day first show tickets for Pawan Kalyan’s Kushi movie to impress his love interest. Vennela Kishore and Tanikella Bharani played vital roles.