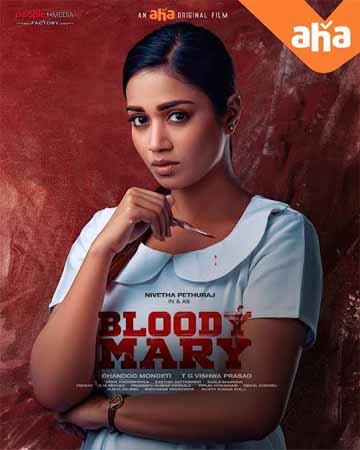 Actress Nivetha Pethuraj, well known for Mental Madhilo and Brochevarevarura, has made her debut into the OTT world with Bloody Mary. Billed to be a crime thriller, the web original is directed by Chandu Mondeti.

Now, Aha has announced that the original film will be available to stream on its platform from April 15, 2022, onwards. Buzz is that Nivetha played a blind woman, who overcomes her disability to protect her dear people.