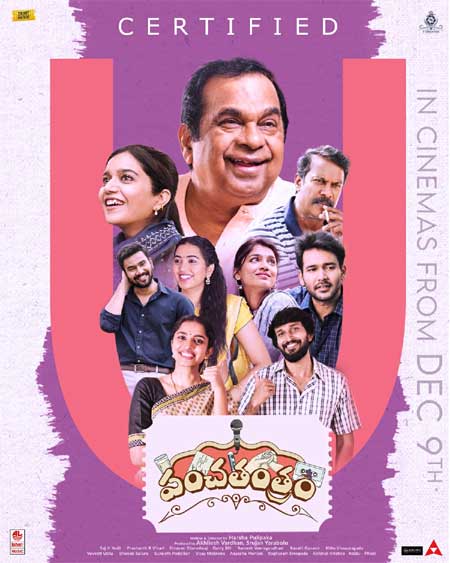 Panchathantram is an upcoming Telugu anthology that is scheduled to release in theaters on December 9, 2022. Harsh Pulipaka directs the film, and this flick has Hasya Brahma and legendary comedian Brahmanandam in a pivotal role.

The latest information is that the film has completed its censor formalities, and the CBFC has given a clean U certificate meaning the film can be enjoyed by all. With this, all the last-minute works have been wrapped up. The promotional content released so far was appealing and raised curiosity.

Rahul Vijay, Swathi Reddy, Samuthirakani, Shivathmika Rajashekar, Uttej, Adarsh Balakrishna, Naresh Agastya, and others are also a part of this movie, produced by S Originals and Ticket Factory. Prashanth R Vihari and Shravan Bharadwaj are the music composers of this film.