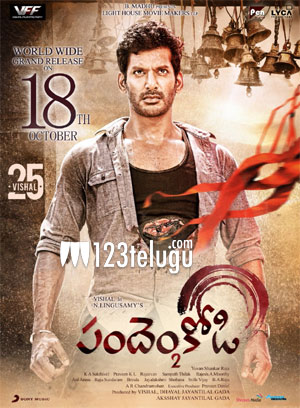 Pandem Kodi 2, the sequel to hero Vishal’s 2005 blockbuster Pandem Kodi, is all set for a grand release on October 18th. The film has Keerthy Suresh, Varalaxmi Sarathkumar and Rajkiran in crucial roles.

Meanwhile, the latest update is that the film has cleared its censor formalities with a U/A certificate. The film’s runtime has been locked for 149 minutes. 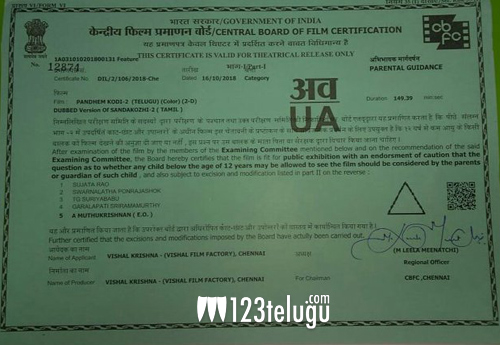