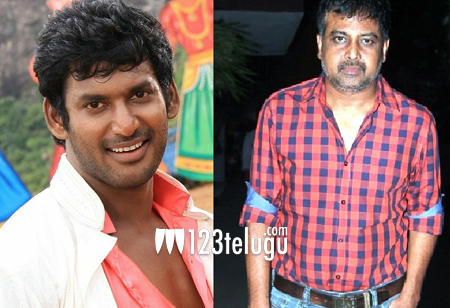 Released in 2005, Vishal’s rural action drama Pandem Kodi in Tamil director Lingusamy’s direction turned out to be a huge hit not only in Tamil but also in Telugu. The film brought Vishal a decent recognition among the Telugu audiences and the actor continued to release all his Tamil films in Telugu since then.

Until a couple of months ago, there were reports that a sequel to Pandem Kodi was being planned by Vishal and Lingusamy. However, Lingusamy decided to put the sequel on the back burners as he was in talks with Allu Arjun for a bilingual action thriller.

However, Bunny chose to act in Harish Shankar’s direction, forcing Lingusamy to revive Pandem Kodi 2 with Vishal. The actor-director duo has made the project official through their Twitter profiles. Yuvan Shankar Raja will compose the music for this most awaited film.