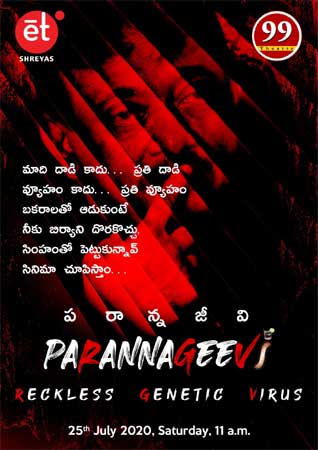 RGV is making a film called Power Star and we all know that. The trailer will be out soon and the film will be releasing on the 25th of July on RGV World theater.

Fans of Pawan are upset and want to take a revenge at any cost and that is the reason, they have planned a counter-attacking film on RGV and have named it Parannageevi.

The film will be directed by Bigg Boss fame Nutan Naidu. The makers say that their film will also release on the same day as Power Star and will showcase shocking aspects of RGV. Let’s wait and watch how this film is going to be.