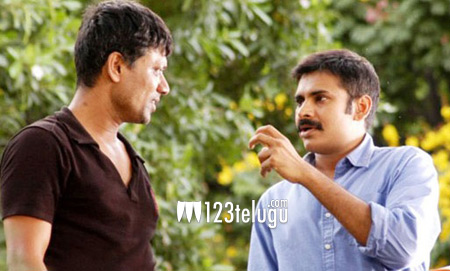 Megastar Chiranjeevi’s film is going to have a launch on the 29th of this month and we have already written about it. Now we have learnt another interesting snippet about that date. Powerstar Pawan Kalyan’s movie in S.J. Surya’s direction might also be launched on the same day.

The team is currently evaluating the options and a formal announcement may come in a day or two. The movie’s details are still not clear, though a lot of speculations are making the rounds. Pawan’s ‘Sardaar Gabbar Singh’ failed at the Box Office and this movie will now be very important for both fans as well as distributors.

S.J. Surya gave a superhit to Pawan Kalyan with Khushi. But he also gave a huge flop to Pawan through Komaram Puli.