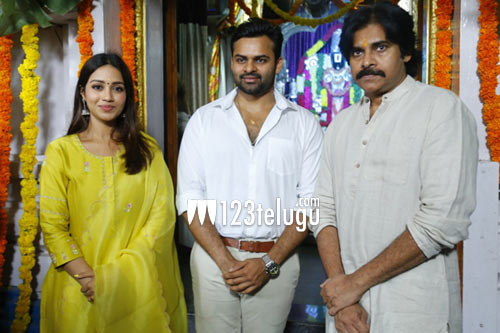 We were the first ones to report that mega hero, Sai Dharam Tej will work in the direction of Deva Katta very soon. The film is locked and was launched today in Hyderabad.

What’s more special is that Power Star Pawan Kalyan came in as the chief guest and launched the film. Tej will be seen in a hard hitting role in this film which will start it’s shoot soon.

As of now, Sai Tej is giving finishing touches to his latest film Solo Bratuke So Betteru that will release on April 2nd.