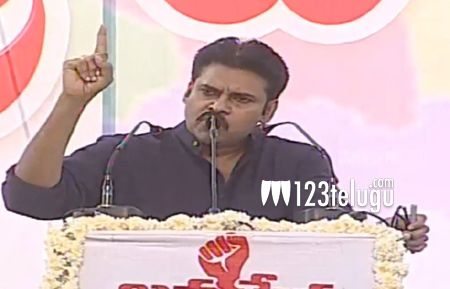 As everyone knows Pawan completed his Janasena party meet in Anantapur a short while ago. Once again, Pawan spoke aggressively and cleared many things about what he is expecting from the government of Andhra Pradesh.

Speaking at the rally, Pawan clearly revealed that he will put up a party office in Anantapur and will surely contest for the post of MLA in the upcoming 2019 elections.

There was a huge cheer among his fans when he declared this news. As of now, Pawan is busy filming for his upcoming film in the direction of Dolly which is currently on floors.