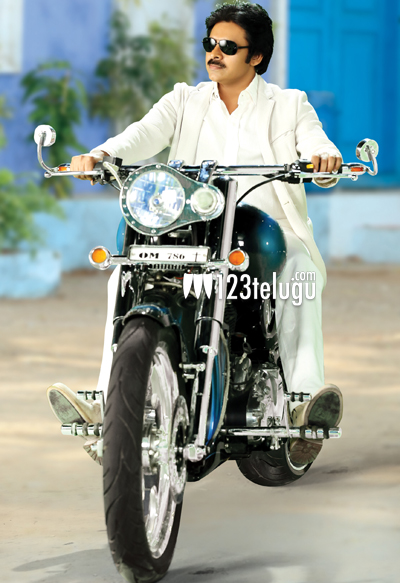 We all know that Power star Pawan Kalyan will next be seen in Gopala Gopala, the remake of Oh My God. In the opening scenes of the Hindi film, Akshay Kumar is seen on a specially designed bike. Like wise, a special bike was also designed for Pawan Kalyan in the remake.

Interesting aspect is that the bike will now be auctioned before the film’s release. Already the posters have created a buzz for this flick. Sharath Marar and Suresh Babu are jointly producing this film whose audio will be launched in a grand way tomorrow. Anup Rubens is the music director.