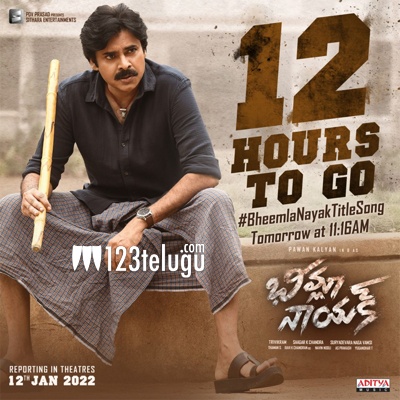 Fans of star hero Pawan Kalyan will be having an eventful day tomorrow, as the Power Star celebrates his 50th birthday. As many as four special promotional stills and videos will be unveiled from the four upcoming Pawan Kalyan-starrers.

Firstly, the highly-anticipated title song from Bheemla Nayak will be released at 11:16 AM. This will be followed by a special surprise from Pawan’s Sankranthi 2022 release, Hari Hara Veera Mallu, at 1:20 PM. And at 2:20 PM, a special poster from the Pawan-Surender Reddy movie under Ram Talluri’s SRT Entertainments’ production will be unveiled.

Finally, yet another special birthday poster from Pawan-Harish Shankar-Mythri Movie Makers’ film will be out at 4:05 PM. So, gear up for the biggest and most memorable day.