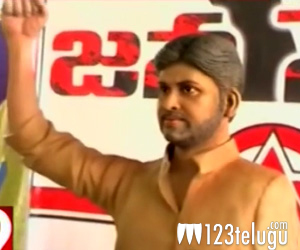 We all know what kind of popularity power star Pawan Kalyan is having amongst his fans. Now the same popularity has gone to some unique heights that a statue of him is being built by one of his ardent fan.

According to the latest reports, a well known sculptor named Karunakar Vadayar is giving shape to Pawan’s statue in Tadepalligudem.

Pawan’s fans are making sure that the statue comes out perfectly and they can tribute it to their demi god. Meanwhile, the first look of Pawan Kalyan’s Gopala Gopala was revealed yesterday to some thumping response all over.