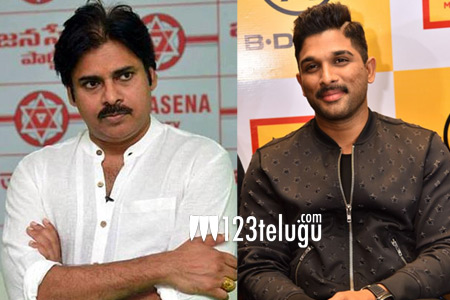 Just a few hours after promising to “give the mother of all shows”, numero uno film star and Janasena Party President Pawan Kalyan called for an urgent press meet at the Film Chamber.

Sai Dharam Tej, Naga Babu, Ram Charan and hordes of fans thronged the Film Chamber.  In a touching gesture, Stylish Star Allu Arjun, who has been maintaining silence about Pawan Kalyan for a long time, too, made a much needed appearance at the film chamber.

Though Pawan did speak at the venue, he is expected to go all out against those who are involved in defaming him.