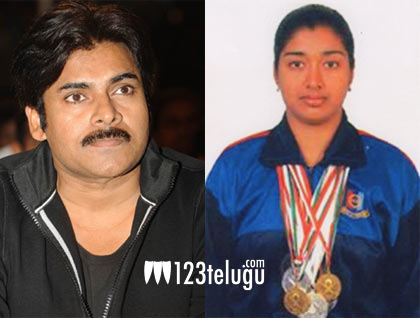 Power Star Pawan Kalyan is a man with a heart of Gold. He has been known to donate money generously to the needy and he has repeated his gesture once again. Pawan gave an amount of Rs. 5 Lakhs to C.V.Rekha. She is a female Rifle Shooter and is among the top 15 shooters in India. Pawan is a great fan of Guns and Rifles and he has decided to sponsor Rekha so that she can train for the Olympics.

Rekha, who hails from Anantapur, was overjoyed with Power Star Pawan’s gesture. “Pawan Sir’s gesture will go a long way in helping me realise my dreams. He is a Real hero and he has given me a lot of confidence”, she said.