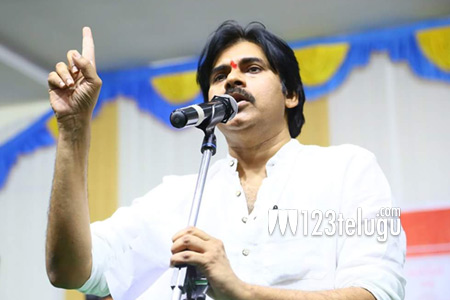 For the last few days, film star turned politician Pawan Kalyan has been strongly revolting against the alleged masterminds behind the continued attacks on him and his family members. Pawan has been making sensational allegations on the AP CM Nara Chandrababu Naidu and the heads of two popular Telugu news channels through a series of tweets.

This morning, Pawan took to Twitter and said that very soon an association of the women in the film industry will be formed. Pawan went on to extend Janasena Party’s women’s wing Veera Mahila’s support to the women artistes and technicians who are fighting for their self respect.