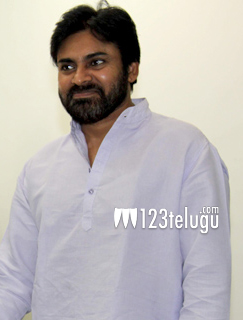 Powerstar Pawan Kalyan, the phenomenal star of Telugu Cinema, has been away from the arc lights for a long time. His last release was ‘Gopala Gopala’, which hit the screens during the Sankranthi festival. Since then, there was no news heard from the Powerstar about his upcoming films.

However, sources close to the star say that Pawan is gearing up to commence two films back to back. While one is the long delayed ‘Gabbar Singh 2’, the other film is the much discussed Dasari project. Apparently, Pawan is determined to pull both these projects on track as early as possible and have two releases this year.

It is now to be seen if Pawan will shoot for both the films simultaneously or one after the other. Needless to say, fans are mighty thrilled with this latest update from the Powerstar camp.