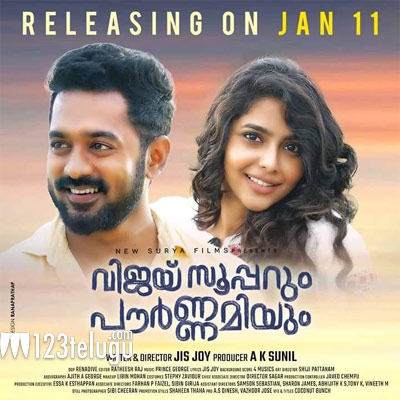 Last Friday, Pellichoopulu’s official Malayalam remake, Vijay Superum Pournamiyum, had its theatrical release. The film received unanimous positive response from movie lovers and critics and is doing well at the box-offices across Kerala.

VSP has been directed by Jis Joy and it stars Asif Ali and Aishwarya Lakshmi as the main leads. Incidentally, Pellichoopulu’s Bollywood remake, Mitron, released last year and it was a colossal failure.