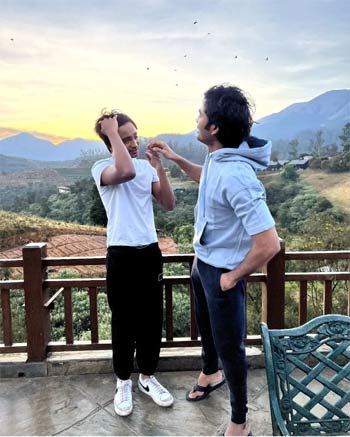 Dhanush shocked one and all when he announced his separation from his wife Aishwarya Rajinikanth. Since then, he has kept a low profile.

But slowly things have changed as he was seen chilling with his elder son on the sets of his film that is incidentally directed by his brother Selvaraghavan.

Dhanush is in Hyderabad today and also visited a noted hotel to dine the local food. Dhanush will be next seen in a Telugu film titled Sir.